I guess at some point, we all have to come to terms with the idea that the very nature of photography is changing.  Never again will there be a small 'priesthood' of people who control access to photography because they are the ones willing to take the time to learn all the arcane stuff it takes to make great photos. 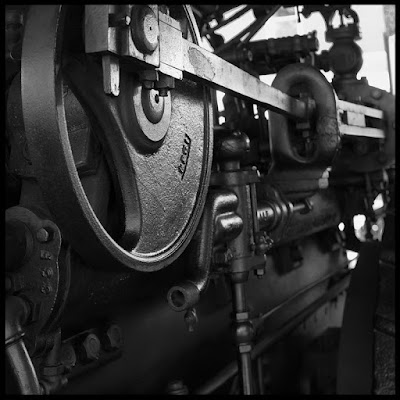 True, there is STILL  a lot of arcane stuff to learn about photography, and there are still people like us who take the time to learn it.  But the truth is, no one but us cares!

In the past, there were cameras and other infrastructure to bring 'photography to the masses', but even so, the premise was that the masses consisted of snapshooters, and the hard stuff had to be done by 'experts' who took the exposed film and turned that into photos.  The expert people were there at almost every step of the process, and it supported the, perhaps irrational, belief that photography mattered.

Now, the experts involved with the photographic infrastructure, the "priesthood", no longer stand between the user and their photos.  The Smartphone camera has changed all that.  And more importantly, it has changed how photography is viewed culturally.

We no longer even need to print the photos and use the postal services to send them to our loved ones, friends, and family.  We don't even need to attach the photos to an email anymore.  It used to be that photography was a sequentially shared experience.  The photographer got the photos back from the lab, and then sent the photos he or she was proud of to others for them to enjoy.  And those subsequent people enjoyed them on different days and at different times of day.  The enjoyment was a solitary experience, and then one sent the photo on to someone else, or kept them.  Either way, it was a conscious act on the part of the viewer.

Now, we just let the camera automatically upload the photos to Google, or Apple, or Flickr and let the people use their phones to either view them directly from our online account, or download them to their phones so THEY can alter or repurpose them, or keep them unaltered, as a part of their personal collection of photographs.

But the enjoyment is no longer completely sequential. Instead, the illusion that we are all enjoying it together at the same time is created.  Through the use of comments and the  ubiquitous 'thumbs up'/'Thumbs down' votes we perceive that our photo viewing is now a shared experience.  Then too, we  no longer need to take active steps to send the photo to others.  We might post the photo on social media, but it too, is a shared experience with comments and the ability to vote on a photo's worth.

The photograph is out there, in the ether, waiting to be 'discovered' by other viewers.  Roughly 113 billion photos get 'published' on the internet each year.  I speculate, that only millions are ever actually seen. and of them, only a few hundred actually resonate enough with us to be remembered.  Even fewer are remembered well enough, by enough of us, to make that transition to some sort of cultural significance.

Is it any wonder then, that even established names in the camera manufacturing industry are struggling to sell enough cameras to survive?  Should we be surprised that no one wants to PAY for photographs that other people have taken?  When was the last time you saw one of those little wire display stands that held picture postcards of women on waterskis, or a picture of the local tourist trap on one side  and which said, "wish you were here!" on the other?"

There are no non photography oriented magazines that feature good photography any more, and few people actually clip photos from paper magazines because:

News organizations are firing staff photographers and are pulling photos off of Twitter for free, with which to illustrate their stories.  Apparently, it's cheaper to deal with the occasional minor lawsuit, than it is to pay for a staff photographer.

Then too, photo editing technology has helped weaken the economic value of photographs either for news, editorial, or legal applications.  The truth is, an expert retoucher can alter a photo in such a way that can fool another expert, or at least create reasonable doubt in that expert's mind.  This has served to  weaken a photograph's ability to function as a reliable witness.

I would estimate that not a week goes by that on some photography forum site, someone complains that their photos have been used without permission. Or that someone makes dark charges that some commercial entity is only out to grab photo rights from photographers.  And given the evidence, that is not an unreasonable assumption.

But the point is, no one respects a photograph any more, or the work that can go into making a good one.  And as a result the concept of protecting intellectual property for any, other than giant corporations, is now becoming seen as anti-social.  If you doubt me, go to any social media site and make a complaint about stolen intellectual property.

I think the only conclusion we can draw from this is that photography is losing the cultural significance that it had acquired during the 20th century. Photography has been devalued culturally, and once that occurs, it loses its economic value, since culture and the economy are linked.

The gains that the American "Photo Secessionist" movement of the early 20th century to get photography considered an art form, have been seriously eroded (not that I agree entirely with the photo secessionists,  that was a different time and place).  But I bet Steiglitz is spinning in his grave!

Anything that is as ubiquitous as photography now is, simply CAN'T be "Art".  Photography has been turned into that music which plays in the supermarket to get you to buy that extra can of spaghetti sauce.

Am i just an old curmudgeon wishing for the days of my youth?  I don't THINK so.  Certainly there are things I miss about the old days, but on the whole I think things have never been better for people driven to make photographs.

Image quality has never been higher, the gear and the software has never been easier to use. I don't miss developer stains on my clothes or the foul odors of the darkroom.   And I sure don't miss the era when "Cut and Paste" meant literally one had to cut something out of paper and paste it to another piece of paper.

I'm fully aware there is something of a movement to embrace the old legacy photo technology.  I suspect it is minor, and will be short lived.  However, if it is a permanent thing, they will have to do without MY embrace!  I'm NOT going back!

As far as I'm concerned, bring on the new technology and the culture shift that comes with it! And bring it online FASTER!  At my age, I can see that mandatory check out time on the horizon, and I want to see and to do MORE before that event happens.  Just make sure I have a way to take the kind of pictures I want to take, and I'm good!
Posted by Glen BArrington at 4/29/2016 01:32:00 PM