The Cultural Significance of Google Photos 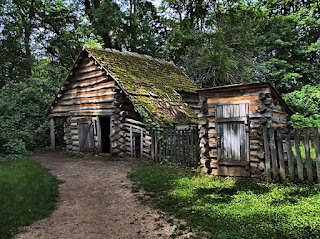 On a photography forum site I frequent, there is a discussion about Google Photos.  Naturally, there is the usual paranoia about how 'Evil' Google is, complaints about data mining, complaints about the lossy compression (and from a photographer's point of view that IS awful).  I think the problem is few people understand what problem it is that Google is trying to solve.  Even Google's own promotional stuff doesn't really mention the KEY problem that people have, it merely mentions the symptoms.

Google leaves it up to us to try and figure out what it is up to, and that is why we are so suspicious of Google.

In this case, after some thought, I have come to the conclusion that Google's goal is really that of preventing your phone from filling up with casual photos you want to keep, but won't need immediately.  It replaces the shoebox in the closet, full of snapshots.  It doesn't take the place of a photographer's archive, or a well thought out personal website complete with a domain name and personalized logo. It isn't even really trying to be the photo album on the coffee table in the living room.

Google seems to be the first to understand the cultural importance of that shoebox in the closet.  It is the combined story of US,  The story of not just the United States Of America, but of Canada, Britain, Australia, Japan, India, China, Brazil, Dubai, Mexico, Zimbabwe, the entire globe really.

And in 200 years, when all of us are dead and no one remembers the photos we stored on Google Photos, and they are legally abandoned intellectual property, then Google, or the company that succeeds it, will have control of an incredible historical archive of a place and time that no longer exists but which will be important for understanding that future "now".

Will Google benefit from all that? Probably.  But I'll be dead, my future family might not have any interest in me, or even my name, much less any photos I might have taken.  Maybe this is some small way for me to remain relevant to the world long after I'm gone.  The atheist's chance at immortality, and the believer's chance to send a message through time.