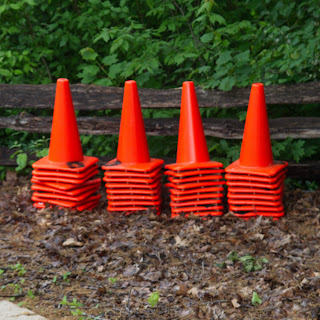 [UPDATE12/2/2016]  I have to withdraw my support for PhotoME and instead will now use ExifPilot for my Gui based exif editing.  I have discovered, one day after publishing this article that I am unable to export data from my ORF files  to other files.  The export/import capabilities of PhotoME are primitive and incomplete at best.  I have changed this article to reflect this. My apologies to any who this inconvenienced. [END UPDATE]

Many photo managers, like ACDSee and Lightroom, allow one to search on that information, so it makes finding very specific types of photos pretty easy.

The problem is, many photo editors strip all or some of the exif data from the photos when they save it. This is particularly true when you send photos to the editor on a 'round trip' from a photo manager.  (Yeah, I'm looking at YOU PaintShop Pro!).

So a very common need is to copy the metadata found in the source photo (such as the raw or the Out of camera jpg) to the completed photo that comes back from the editor.

And that's where ExifTool comes in.  It is an Open Source library of  commands written by Phil Harvey, that allow other programs to manipulate, add, change, and delete embedded metadata such as the Exif and IPTC data that the file format you are using allows.  You can learn more and download Exiftool at this website: http://owl.phy.queensu.ca/~phil/exiftool/

The problem is, its own interface that everyday users can access is pretty primitive, it is a command line interface.

That means one needs to know how to invoke the command line interface of your operating system, and then enter a command similar to this one:

To me, the command line is only a viable solution if I have a batch of photos to alter.  I want an easier, quicker way to modify the metadata, especially if it is only one photo at a time.  It is very powerful in that a command line interface allows for many subtle changes on a batch of photos.  BUT, that can be a lot of typing!

I personally found it to be a pain in the neck for one photo at a time.  I wanted a point and click type of user interface.

That's when I discovered ExifToolGUI written by Bogdan Hrastnik.  You can read about it here: http://u88.n24.queensu.ca/~bogdan/

It was great! It allowed for that point and click user interface and even allowed one to access the command line interface of ExifTool directly from within ExifToolGUI itself!

Exif Tool works with Win 10, but ExifToolGui does not, though some claim to have gotten it to work.  At least I haven't been able to get it to work in spite of following the directions of people who have gotten it working.

I'm not entirely certain if it is an ExifToolGui issue or a Windows 10 issue. I've seen odd issues with Win10 and other software that make no sense to me.  At any rate, I've given up on ever getting it to work and set about finding something that DOES work for me.

I have found two products that work reasonably well for me on Win 10.  They are ExifPilot and PhotoMe.  I will discuss them in sequence.


ExifPilot is a free, but commercial, product published by TwoPilots Software. You can find it here: http://www.colorpilot.com/exif.html

For free, it will edit metadata on a single photo.  If you want to add batch processing, they charge $79.95 USD.  To me, that seems kind of pricy.  I might consider a $25 price to upgrade but not at $80.  I can't help but wonder if they would make more money on this product with a lower upgrade price, but I'm sure they have had someone run the numbers for them for optimal pricing.

While batch metadata processing is a great convenience, I only need batch processing outside of what ACDSee provides, maybe 2 or 3 times a year.  For that sort of money I will use the command line interface of ExifTool.  But ultimately, that is a decision only you can make for yourself.

It's a pretty straightforward user interface consisting of 3 columns with your folder hierarchy on the left, the file selection column in the middle and the column on the right, stacks the thumbnail image above the metadata display column.

Usage is pretty intuitive. You launch the program, and the last folder you were in is the default, and if you want another folder, you have to wait until that folder is fully displayed before you can switch.

After that, the operation of the program is straightforward.  The only surprise, which made sense after thought about it, was that one can't click on the field in the right hand column to change the field being displayed.

Instead, the user has to click a button at the bottom of the column to bring up a change window.  (see screen print with superimposed arrow)  This is a good thing in that the user can't accidentally click on a field and change a field without meaning to.  The user has to make a conscious decision to change a field.

I tried to set it up as an external editor from within ACDSee Ultimate 10, that didn't work so well.  While I could select a photo from within ACDSee, and right click on it, Exif Pilot would launch, but it did not take the photo.  Instead, it opened the last folder used the previous time you used it.

But if you are content with single photo metadata editing with a standalone editor, it is an excellent product.


I found this to be an odd and interesting application.  https://www.photome.de/

It is a free program, the web page doesn't say anywhere that I could find that it is open source, just that it is freeware.

It has some great ideas that I wish were incorporated into other exif editors.  However it has serious flaws that make it unacceptable for any but the most primitive metadata editing.

PhotoMe will display a miniature icon in the upper right hand corner of the window, of any OTHER applications that are identified as the default program for that file type.


It does not do batch editing, however it can be set up as an external editor from within ACDSee (and I assume other file managers) so incorporating it into my workflow is very easy.  If I can't make a particular metadata change from within ACDSee itself, I can just right click a photo and send it to PhotoMe directly.  Unfortunately, it still only works on one photo at a time, and if you try to send more than one photo to PhotoMe, it won't load ANY photos.  However for one photo at a time editing, it is convenient to launch as an external editor from within ACDSee.

It seems to display all the Exif tags and fields even the ones that it can't edit.  The great thing is, it identifies the official tag ids, which can be useful at times since not all applications that display metadata use the official names that the tag id represents.  To learn more about EXIF tags, go here: http://www.exiv2.org/tags.html

It also groups the Exif data by its function, and has navigation tabs to facilitate the user editing the exact data that he or she wants to edit.  I think this makes great sense, when we think of a photo's exposure information, we don't think about it's tag ID or its storage location in the metadata portion of the file format, we think about "exposure info" and we are going to want to make sure that all the exposure info is correct.  PhotoME's method makes the sort of data you are looking at very clear and obvious.

PhotoMe doesn't support IPTC data, but I don't personally use that info very much, and I can change most of that from within ACDSee anyway (and in batch mode)

PhotoMe's support for raw is in need of an update.  To edit a raw image, you open the standard Windows 10 "Open File" window and select an image.

However, while open file dialog window will display ORF files from my E500 and my E30 cameras, it will not display ORF files from my newer E-M10 (which is about 3 years old).  However, once either set of raw files are opened, both display for editing.  I have current Windows codecs installed, so it isn't a codec issue.  If I use ACDSee as a front end for PhotoME, this won't be a big issue since I can use ACDSee to view and select files for editing in PhotoME.

I have found it impossible to Export metadata from a photo to an intermediate file for import into another photo.  Right now it's pretty useless.  I can't export or import ANY info from a raw file, and while I can export from jpg or tif files, I can't import the exported files.  This is VERY problematic for me.

This is completely unacceptable in my eyes.  The ability to edit ONLY the data that PhotoME finds in a given photo makes the application completely unusable to repair metadata issues where that data has been stripped from an image.

The things I wish PhotoMe would fix/change.


ExifPilot seems more complete and less . . . tenuous.  While PhotoME offers the PROMISE of integrating into my ACDSee based workflow better, it simply is not in a tested ready state I expect.

With an ACDSee/PhotoMe combination, I could do much of my batch EXIF/IPTC editing needs from within ACDSee itself.  Then for photos that require editing ACDSee can't do, select photos for a round trip to PhotoME for individual attention.

But at the current state of affairs, PhotoME is all promise and no delivery.  I will likely use ExifPilot.